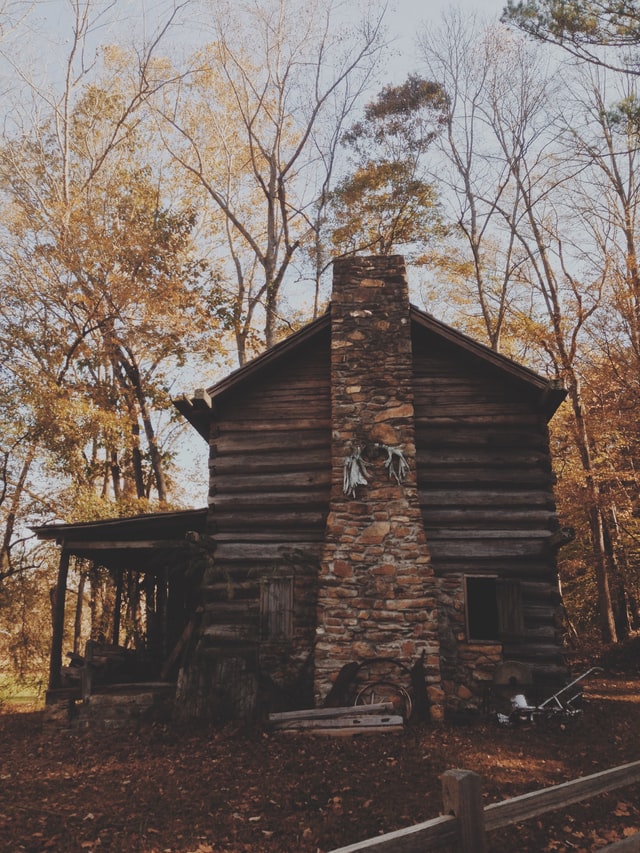 You can listen to this being read on YouTube.

Jonas got to the Hiring Fair just after dawn and headed straight for the place where soldiers’ widows could be found.
He saw her immediately, with the early morning sun setting her hair aflame. She was sitting on her trunk with a small girl child playing some complex game in the dust around her skirts. He strode over, and she came to her feet, albeit somewhat uncertainly. The child hid behind her, becoming all but invisible among the folds of shabby cloth.
“I’m looking for a housekeeper. One who won’t mind hard work and who don’t crave company.”
“Farmer are you?”
He nodded, suddenly feeling that his hands and feet were too big and his boots were too dusty. But she smiled.
“I’m a farmer’s daughter. Three-day ride to the nearest neighbour.”
“I’m not that far out. Just a day from town, so long as the roads aren’t frozen or flooded.” He found himself feeling unaccountably cheered by the idea this woman might consider him.
Before he had the chance to say any more he was roughly shoved aside by two big rough-looking men. They made way for a middle-aged man of the merchant classes, whose clothing proclaimed him as well-to-do and whose small close-set eyes stripped the woman of both her clothes and her dignity.
“You are hired,” he said.
“I’m sorry sir. I have already given my token to this gentleman.”
The man spat on the floor at her feet.
“Your loss,” he snarled before passing along the line of waiting women assessing each with his hard little eyes.
Under the cover of this rude bustle the woman quietly handed a small copper token to Jonas. He smiled ruefully.
“I won’t refuse this, although it isn’t much of a compliment being preferred to him.” He indicated the merchant with a jerk of one thumb.
Her answering smile brought a furtive dimple to one cheek.
“It truly isn’t, but I was going to accept you. If you offered.”
“I’m offering now. Twenty-five silver coins. Bed and board for you and the little girl. Plus fabrics to clothe you both.”
“That is more than generous.”
“Oh. You’ll work for it. The place hasn’t seen a woman’s hand since my sister married her man at Eastertide. Now. How do they call you?”
“I’m Hannah and this is Hepzibah”
The child gave him a gap-toothed grin and he responded with a smile of his own.
“I’m Jonas. Well met Hannah and Hepzibah.”
He bent and shouldered their trunk.
“Buckboard is this way.”
After a night spent on the road, they entered the farm at just before noon on a brisk morning.
“The house is about two miles now.”
Hannah smiled at him and he felt warmed by her smile.
He looked at the log and fieldstone cabin with suddenly critical eyes.
“It ain’t much,” he mumbled, and Hannah actually laughed.
“It looks nice and homely to me. If there were flowers growing in those beds by the door it would be perfect”
When the horses stopped, gratefully scenting their own stable, Jonas jumped down, turning to lift Hannah and Hepzibah onto the grassy bank that fronted the cabin. Hepzibah looked to her mother, and Jonas laughed.
“Let her run, she can come to no harm here.”
The little girl needed no second bidding and set off to explore, accompanied by one of the farm dogs.
Hannah walked into the house and set to work.

Three months later, with winter drawing in, the house and garden looked almost the way Jonas remembered it as looking when his mother was alive, and he derived a great deal of quiet pleasure in watching Hannah about her work. Being by nature both shy and taciturn he said little, although anyone with eyes in their head could notice how his face warmed and softened when he looked at his housekeeper and her child.
It was time for his last trip into town before the road became too difficult, and he found himself reluctant to leave the womenfolk behind. Hannah laughed kindly.
“Go on with you. We have the dogs and Jim Shepherd. We will be fine.”
On his way into town, Jonas mused on how much more pleasant was his life with two females in his house, and he remembered his father’s words about womenfolk with an inward smile. And then it was as if he heard his mother whisper in his ear.
“You know what you need to do, son.”
He hurried his business, eager for the comfort of his own fireside, and was home inside four days. Jim Shepherd came to the horses’ heads and the cabin door opened. Hepzibah flew out and he lifted her to his shoulder before grabbing two bags from the back of the buckboard. Jim led the horses away and Jonas carried the little girl into the cabin. Hannah was waiting for him with a smile and it seemed the most natural thing in the world to kiss her smooth brown cheek before sitting in his accustomed chair and drawing off his boots.
“It’s good to be home.”
Little more was said until after supper when Hepzibah was in bed asleep. Jonas took a sheaf of packages out of his inside pocket and handed them to Hannah. She took them, and then coloured with pleasure as she saw they were packets of flower seeds.
“I know my garden is plain and bare, and I know these will be no use until the spring…”
He got no further because Hannah surprised herself by kissing him on the lips.
“Thank you.”
He captured her face in his big hands.
“My father used to say that a house without womenfolk is like a garden without flowers. Will you and Hepzibah plant some flowers in my heart to go with the ones you will plant in the garden?”
Hannah couldn’t speak for the tears that clotted her throat. But she could nod.
And that was enough…