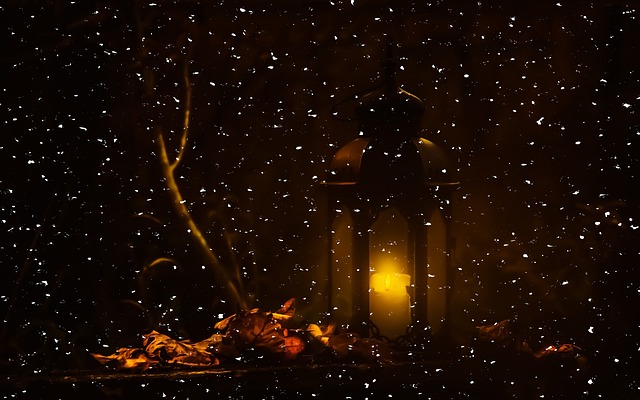 Tegwyth reminded herself of that. A time for celebrating that the longest season had finally turned on its pivot and the warmth of summer, though short-lived, would come again. A time for gifts to be given and feasts to be eaten. In past years she had been given gifts by the owner of the caravan – her owner – trinkets to wear, bangles for her wrists and ankles, a fine scarf to protect her hair and pull over her face, keeping the dust from her nose and mouth, as it was thrown up by the caravan on the road. She had been pampered and cosseted, well treated and cared for. She had even believed she was loved.

Then last Midwinter she had become a gift.

She had seen it coming from the moment his true-born child had started speaking venom – one who would take no competition for her father’s affections. And he, in his turn, adored her and indulged her. Then the boy-child Tegwyth carried was born to live no more than a few gasping breaths, like all his sons before. She had failed him.
So at Midwinter she had been given away. A gift to seal a trading pledge with a merchant from across the ocean – a merchant from this city, from Keran. The merchant had taken her into his house and then taken almost all she cared about from her – even her hope. But when he threatened to take and sell the most precious thing in her life, she had risked everything and run away. It had been her Midwinter gift to herself.
So yes, Midwinter was about gifts and feasting, but sometimes, maybe, you had to take the gifts and help yourself to the food.

It sat on the table beside a smeared empty bowl with a lingering savoury smell of soup. Someone had bought it, eaten their fill and left half the loaf. Whoever it was did not want the bread and it had already been paid for, so it could not really be considered theft.
She had first seen it through the small window, as she stood, shivering, in the frozen white outside. Somebody had wiped away the condensation of the warmth within so they could look out, which had granted her a half-glimpse inside the tavern. That had been enough. Following a group of wealthy men and their whores through the briefly open door, then shrinking into the shadows to disguise the quality of her dress and the thin felt cloak that had been worn through in patches.
The loaf still sat unguarded. The boy clearing the tables did not seem to have noticed it yet. He was at the far side of the room, dodging between the patrons with their fine and fancy faces, plump from good eating. He ducked, avoiding a cuff aimed at his ear, as he picked up a jug someone had not yet deemed empty.
The loaf looked bigger than it had through the window. Tegwyth’s stomach called out to it and she was grateful for the sounds of raucous cheer. Without them, the man standing with his back to her, close by the fire, might have heard. He was tall and even from behind she could see the wider whiskers of his beard as they spread from his chin.
She knew who he was, of course, all of Keran had heard of him. They called him Drum. He was someone special here and his arrival the previous day had been talked of everywhere as she hunted for food. Not many sons of Temsevar, as she knew well, made their way to other worlds and even fewer of those who did ever came back as he did. Even here in Keran, where the twin domes of the spaceport humped high with snow dominated the city, it still seemed strange beyond imagining for Tegwyth. She struggled to believe that anyone could come from worlds beyond the stars.
Her eyes moved back to the loaf which seemed so far away – as if, it too, sat on another world. Beside it, cast aside onto the stool and partly pooling its fabric over the table, was an odd, sleeved garment that might be some kind of coat. It was the colour of freshly shed blood but had a sheen in its fabric which the flickering firelight caught and played with. She had seen the bearded man wearing it out in the snow on his way here. It must be warm to wear as he had needed no cloak. Even above the gripe of her stomach for food, she felt a sudden desire for the coat and the warmth it could give.

The loaf was within reach now. But so was the coat and it was that Tegwyth slid carefully from the stool first, looping it around her and under her cloak out of sight. Then she reached out again for the bread.

“I really wouldn’t do that if I was you.”

It was the bearded man. He had moved away from the fire, perhaps so the other two could get to know each other – or perhaps, feeling simply not wanted there anymore. Either way, he now stood on the far side of the table. His face hard, although his voice sounded more as if he were offering her friendly advice than any threat. But she had just become a thief – she had stolen his coat, its warmth so good around her, the warmth of life in the bitter cold of winter. And the price of theft, even if she had been free and not hunted as an escaped slave, was death.

For a moment she thought to run. To flee. Break away. Rush for the door and out into the snow. But as if he could read her thoughts, the bearded man had taken a step to the side so she would have to pass him to be able to leave. His hand curled on a strange looking item clipped onto his belt. But as he moved and light fell on her face, his expression changed. It seemed to soften, as the warmth of the sun softens the hard packed ice. His hand moved away from his belt and he shook his head.

“Sweet truth and dare, you’re only a bloody child,” he said. And reaching past her he picked up the loaf. Tegwyth wondered when he would notice she had taken his coat, maybe he would see the flash of brilliant colour through one of the holes in her cloak, maybe he –

“Here, you hungry? Eat this and I’ll get you some hot soup to go with it.”

Her hands closed over the bread. It felt soft and smelled of yeast and grain – and life. The bearded man had already left her, striding back to the fire.

“Micha – could I ask for more -” He broke off laughing at something Tegwyth could not hear the woman say. “See? I told you that you two would get along.”

He was distracted. They all were.

If you would like your own copy of Midwinter Miracle, it is available on Audible,  as an ebook and paperback and can be purchased from Amazon, Kobo, iTunes and Googleplay. This special edition has typographic art and cover design by Zora Marie.