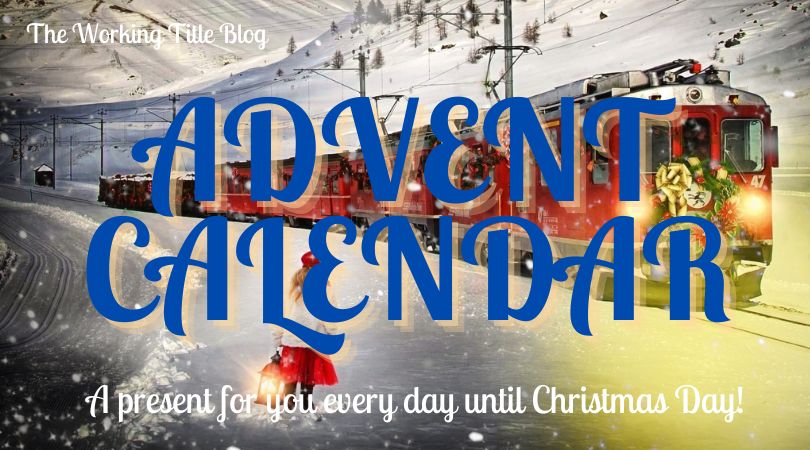 Holly dragged a couple of very heavy bags out of the back of the Land Rover and hauled them into the kitchen. She went back for a second load, and as she was passing the staircase Alan’s voice floated down.
“Did you get it?”
“Yes.”
“Good. Bring it here and let me see it before you wrap it up.”
“As soon as I’ve finished hauling groceries.”
There was the sound of movement overhead and for one delirious moment Holly actually thought he was coming down to help. But then she heard a door slam. Her slender shoulders drooped, and she soldiered on alone.
Some half an hour later, she trudged up the stairs holding a small box in her left hand. Walking into Alan’s office she placed it carefully on the desk in front of him. He looked up from his computer screen.
“At last. Knowing how much I want to see this, I’d have thought you could have brought it to me before now.”
“I could. But then the groceries wouldn’t have been put away before the twins get home from school.”
He opened his mouth to make a scathing retort, but his wife was already on her way out of the room. Instead, he opened the box and looked gloatingly at the heavy gold bangle in its layers of tissue paper. It had cost a great deal of money and meant he wouldn’t be buying his wife or his twin sons Christmas presents this year, but he couldn’t bring himself to care. All he could see in his mind’s eye was the image of his daughter with the bangle clasped around one slender wrist. She was going to love it.
Downstairs Holly got on with preparing the evening meal, presenting the world with her usual face of calm good sense. Inside, however, she was far from being serene and happy. Not for the first time in the ten years of her marriage, she wondered what maggot had entered Alan’s brain. How could a man who was constantly bewailing his own poverty possibly justify spending four thousand pounds on a bracelet? She allowed herself one small kitten-like snarl, before popping a huge shepherd’s pie in the oven. She was just putting the kettle on when the back door slammed.
“Paddy, Sean, shoes,” she shouted. “And before anyone considers arguing, I have fresh doughnuts.”
There was the sound of masculine laughter, and a couple of minutes later the kitchen door opened and two huge young men all but fell in. They surrounded her and subjected her to a certain amount or good natured rumpling, before sitting down at the scarred wooden table.
“You are,” Sean said, “very possibly the nicest stepmother in the world.”
“She is,” his twin concurred. “Which begs the question of how the miserable miser upstairs ever persuaded her to marry him.”
“Behave, you pair,” Holly couldn’t help laughing, as she put a huge mug of very strong tea in front of each and a plate of doughnuts between them.
While they were eating, Holly looked at their broad, good natured features and did her own wondering. She wondered exactly how two such self-centred people as Alan and Corinne, came to have produced a matched pair of nice sons. Paddy grinned at her.
“Stop frowning Stepmama, you’ll put wrinkles in your pretty forehead.”
She smiled at him, and he shoved a whole doughnut in his mouth.
“He’s been practicing,” Sean explained with simple pride. “That’s school over until January. So what now?”
“Tomorrow. Nothing. Unless you’d like to go shooting.”
“We would,” the boys chorused. “How did you swing that?”
“I have my methods.”
“And after tomorrow? What are you softening us up for?” Sean was the quicker on the uptake of the duo, although Paddy was the leader.
“Sunday your mother arrives.”The boys groaned. “And what else?”
“Christmas Eve, Anna and Christabel will be here. Staying until the day after Boxing Day.”
“Oh won’t that be fun. The two ex-wives at each other’s throats except for when they join forces to have a go at you. Plus the most spoilt young woman on the planet, Daddy’s darling Christabel, expecting to be waited on hand and foot.” Paddy looked at Holly. “I dunno how you stick it. And don’t say it’s for love of our despicable father, because you aren’t that stupid.”
“I stick it because I promised myself I’d be here for you two until you were old enough to leave home. When that happens…”
The boys looked at her with round eyes before getting up from the table and enveloping her in a group hug.
“I’d give a great deal,” Sean said, “to know what the old bastard has done that’s gotten you rattled enough to admit that.”
Holly waved her hands distractedly. “I shouldn’t have said it. And I don’t want you two to be thinking about it…”
“Okay. We won’t.”

Come back tomorrow to collect your next free gift!