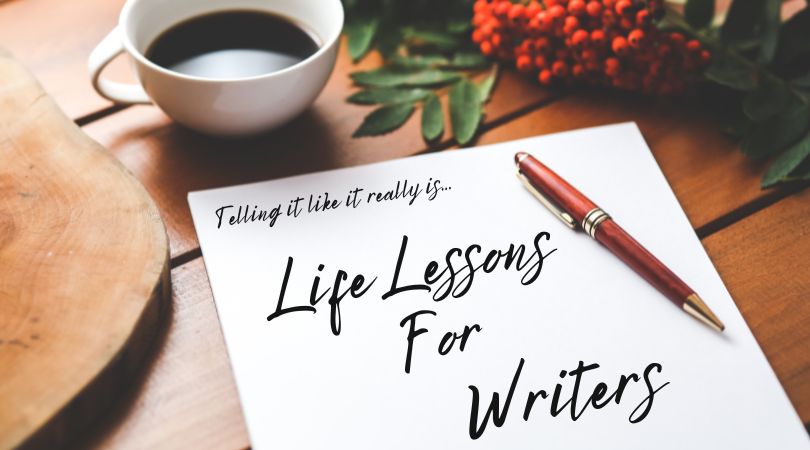 Having made a reprise of my contributions to my son’s exercise in futility in writing pieces for this blog – which culminated in How To Start Writing A Book (a lamentable exercise in how not to, which I did my best to improve with limited success) – the two mad women who run this thing asked if I would consider offering more ‘life lessons’ for those aspiring writers daft enough to read them.

In case you are wondering, Moons (my benighted son) is now lost in some fifteenth draft of what he laughingly calls ‘literary fiction’ but which is thinly-disguised and very badly written gay erotica. He now declares his science-fiction attempt ‘Fatswhistle and Buchtooth’ to have been his ‘juvenalia’ and the pompous little prick sincerely believes he has a chance at the Booker Prize with his new heap of steaming crap. Sadly, from what I’ve seen of the competition, he might even be right.

Anyway, enough of that, I need to start earning the fat fee they are paying me for this guest appearance and having given the matter some thought I’ve decided to start with one of the big moments in every writer’s career.

There comes a point in every writer’s life – well maybe not every writer but most by far of you lot reading this – when they realise they are not going to make it to the ranks of a second Shakspeare in terms of literary acclaim – or even that of a J.K. Rowling.

I am always amazed how long it takes the dewy-eyed enthusiast to figure this very simple fact. It’s as if when someone starts writing, their logical and discriminatory brain dribbles out of their ears to be replaced by some pink fluffy clouds and unicorns wearing garlands dangling the Amazon logo and woven with ribbons which spell out ‘Fifty Reviews’ or some such shite.

If your teenage daughter told you she was going to be the next Ariana Grande, you might praise her aspiration but be pretty sharp in making sure she was still studying for her exams. Just because you have a few more years under your belt doesn’t mean you are immune to the starry-eyed syndrome. The fact you idolise becoming a fat, wheezing weirdy-beardy like GRR Martin rather than a svelt sexy singer doesn’t shift the needle on the ‘likely to happen’ dial by so much as a smidgen.

What gets me though is how writers respond to this moment of grim epiphany.

Unfortunately (1) and (2) – doubling down or utter abandonment – seem to be the most common reactions resulting in both an over-spill of writers of dreadful books who will brook no remedy and the loss of some who might have penned some decent stories. I’m here to advocate for number (3) and to suggest you flush both the marshmallow and dollar signs out of your brain and take a clear hard look at what you do.

Just because you will never be an author who people hold conventions about and dress up as your characters, like Tolkein, doesn’t mean you can’t write stuff people like reading. Whatever you write and pretty much however good or bad it is, there will be some corner of the internet full of geekish sub-genre fanatics eager to read it. You can, and should, be working on improving your writing, listening to criticism (not slavishly but with a genuine interest in learning and polishing your craft) and making your best fist of it all.

So have your reality check, work out if this is really a beautiful career or a pretty cool hobby, then get on with what you writers do best – Writing. Your. Books.