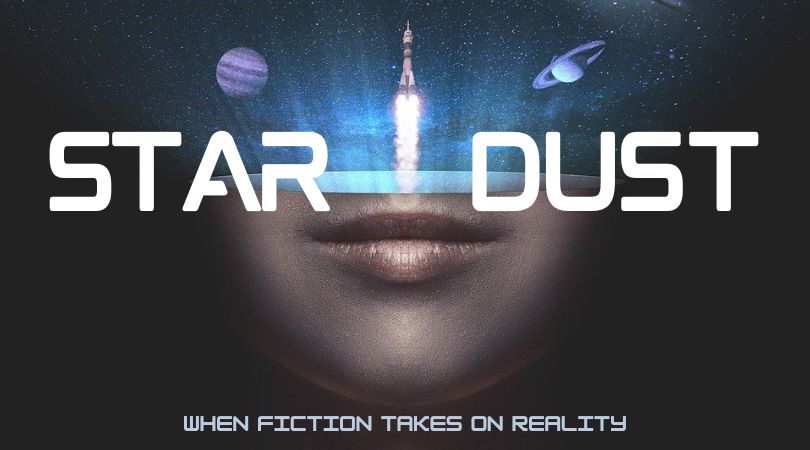 Built upon an asteroid, these mighty habitation towers are the final stronghold of humanity in a star system ravaged by a long-ago war. Now, centuries after the apocalyptic conflict, the city thrives — a utopia for the rich who live at the top, built on the labours of the poor stuck below. Starway Pathfinders is a science fiction show that entertains the better off and brings hope to the poor…

He called Joah as he travelled, on the excuse of telling her he had done his bit, but a big part of him needing some reassurance.
“You did good, Dog, really good.” Joah’s face smiled at him as he finished his tale. “We are trying hard as we can to tell people there is no curse, but no one seems to be listening.”
For a moment Dog was puzzled, then he got it and felt a spike of adrenaline.
“I did my best,” he said, “but those guys — they really believe in it.”
“I know. It’s everywhere. And I’m getting worried, Dog. People are saying the whole series is cursed and it’s having a knock-on effect. Now no one is donating to the president’s project, and those that have are trying to get their money back.”
Dog let that thought echo around wherever it needed to before he replied.
“And that about Zarshay?” He showed her the tweak. “It’s just the same crap, isn’t it?”
There was a long pause and Joah’s face blinked away. When she reappeared, she looked grim.
“I didn’t know about that one, Dog. I don’t know where Zarshay is, she’s not answering my calls and I can’t get hold of her.”

Joah woke in the dark, heart thudding, and reached out a hand to the empty space where Zarshay should be. It was the worst time to allow her mind free rein in speculation. She had spent a while trying to convince the nice woman the police sent round to interview her that there was nothing wrong. But she knew she had not succeeded.
“If Ms. Sygma was missing, don’t you think I’d be the very first to report it? She’s my wife.”
“So, where is she? These tweaks say she’s been kidnapped and you say you don’t know where she is — and I can see you are worried. Where do you think she might be?”
“I — I don’t know.”
“You can think of somewhere possible, though?”
Joah could not deny it.
“Below,” she said, her voice hoarse with worry. “She has — had — family down there, somewhere.”
The nice police officer looked gently inquiring.
“But wouldn’t she have told you if she was planning a visit there?”
Joah had tears pricking at the edges of her eyes. “No. She wouldn’t. She knows how I feel about her going there; we would only have rowed, and—” She broke off and blew her nose. “She probably thought she could go and come back before I missed her. Something must have happened.”
The nice police officer looked sympathetic.
“Are you sure you don’t know anything about it? I mean, all these odd things being reported about events at your studio and this silly talk of a curse—”
Joah had erupted then. All her fear channelled into anger.
“How dare you?” she spat, standing up as she did so, her whole body shaking with emotion. “How dare you come here and suggest I’m playing some game around the love of my life? You came to question me — I didn’t call you here. I think she’s just fine. She’ll be home tomorrow. Now get the hell out of my house.”

Star Dust by E.M. Swift-Hook, originally appeared in The Last City, a shared-universe anthology. This version is the ‘Author’s Cut’ and differs, very slightly, from that original. Next week – Episode 1011