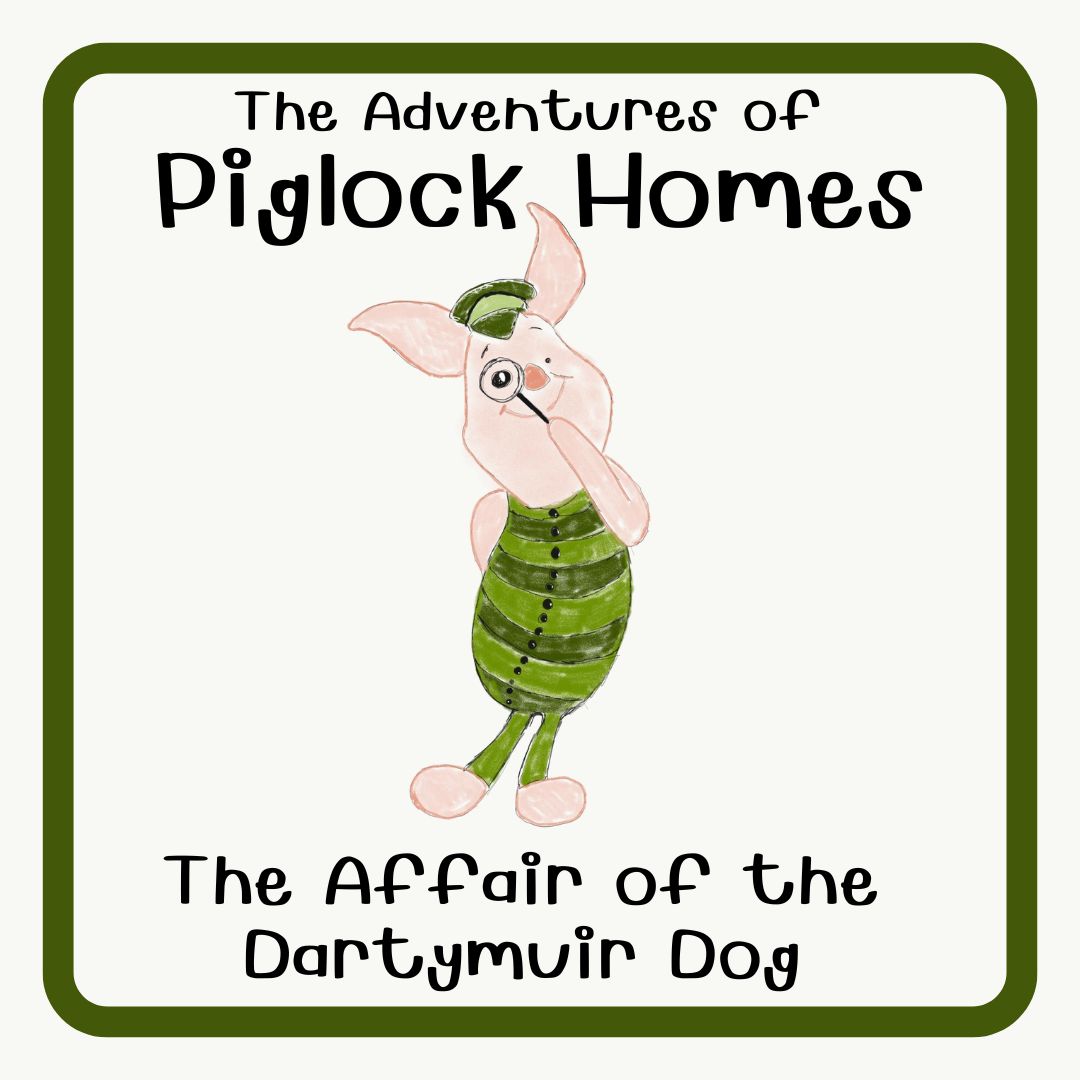 It was a dull day in August and the heat was of such an oppressive character that even the normally sanguine Doctor Bearson was a little inclined to snap. Homes, of course, was fretted beyond measure – both by the lack of intellectual stimulation and by the disappearance of the kazoo with which he was wont to while away the hours of boredom.

In an effort to cheer his porcine chum, Bearson challenged him to a game of Bar Billiards, which Homes promptly lost – setting in motion a foetid sulk and the ignition of a pipe whose effulgences were so noxious as to render him almost invisible as he hunched in his wing chair swearing sulphurously in Serbo-Croat.

Bearson himself was close to despair when an urgent rap upon the oaken panels of the front door heralded the arrival of the telegraph rabbit with a buff envelope in one paw.

By the time Bearson had paid the rabbit his carrot, Homes had so far exerted himself as to knock the dottle from his pipe and scramble out of a chair that had been constructed for a person of a much larger stature.

Bearson handed him the envelope, which he slit with a grimy and nicotine blemished trotter. He read the contents and his countenance shifted from self-pitying childishness to acute intelligence.

“I say, Bearson,” he ejaculated, “this is a bit more like it.  Cast your eyes over this communication and see what it reveals to you.”

Bearson picked up the single sheet of flimsy paper.