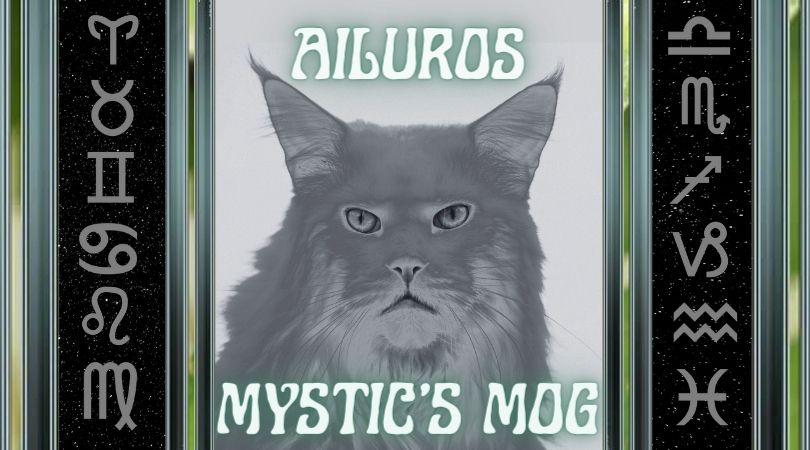 Ah the felicitous joy of being the feline companion to a self-professed woman of wisdom. I get to sleep on a velvet cushion as she parades her predictive prognostications. Well, I say sleep, you can be sure my ears are still perked to hear what torrid tangle her current client is seeking advice on.
Today we had a love-lorn civil servant, the owner of a very small machine tools company about to go bust and my favourite, if only because of the delicious aroma he brought with him, a chef who specialised in sea-food.
However, the beneficiary of my forward-thinking feline advice was to the company owner who seemed to think that Madame Pendulica (did I mention her real name is Doris Brown?) was going to somehow provide him with the information he needed to save his precious company – and to listen to the man his marriage and maybe even his life as well!
Well, seriously, is it surprising that his business has wound up in the litter tray if his idea of hiring a consultant is going to an astrologer to have his own and his company’s horoscopes cast? Yes, I do not jest, this apparently quite rational human being (although I do have to say that is something more often an illusion than a fact) thought a batty woman who believes huge dangly earrings add to her gravitas, with her faith in the stars and her patchouli and sandalwood incense sticks was going to give him better advice than anyone else on how to turn his financial fortunes around.
Can you believe it?
I couldn’t and I promptly sat up and told him so.
“Oh don’t mind Ailuros, she’s having a mystical revelation,” she says in that horrible husky fake generic Eastern European accent she puts on with the clients.
Mystical revelation? My furry butt!
I was telling the deluded dwerp that what he should be doing is going to see a financial advisor at his bank and using whatever money he might still have to hire a business consultant who actually knows something about the possibilities of diversification in an economically challenging time. I suggested he investigate 3D printing and considered taking some of the design aspects of his offerings in house so he could hire out that as a service too.
“There, sweet Ailuros says you need to cleanse your unit on the industrial estate with Clary Sage smudge sticks and put Amber and Amethyst crystals under every window to attract good fortune.”
Sweet Ailuros had enough at that point and abandoning the foolish plonker to the grasping claws of her mistress (which although fake are an impressive two inches long) she sashayed elegantly from the room. I mean there is only so much crap a cat can take without needing to make a fresh deposit in the litter tray herself!

Ailuros the Mystic’s Mog predicts she will be offering more advice next week!