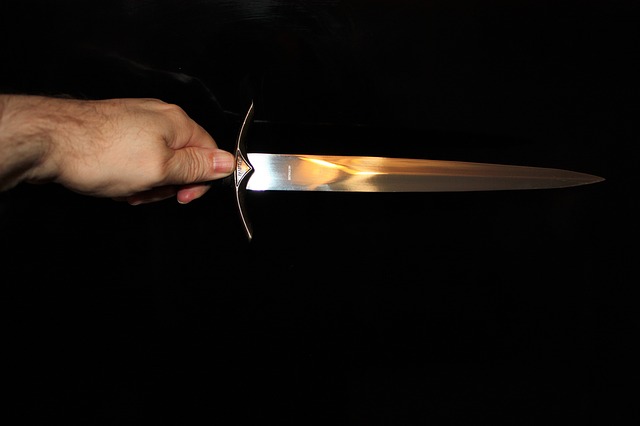 ‘Tillsa’s Place’ did not look at all promising. The suburb was clearly not one of the best ones in the ‘City and the food outlet looked more of a bar. There were even security personnel on the door and when he went to walk in, one of the two men barred his access with an arm.
“We don’t want people like you in here.”
Avilon hesitated for a moment and reminded himself he must not use force against civilians except in self-defense and even then, never lethal force. So he took a slight step back.
“People like me?”
“Have you looked in the mirror recently?”
“You mean people with green eyes?”
The man laughed. His companion shook his head and said:
“Just go away.”
Avilon thought for a moment, considering the possible ways events could play out. It made no difference, though, he needed to get answers.
“I came here for a particular reason – I would like to go in.”
“Not going to happen.”
He moved forward, aware as he did so he was exposing himself to a potential attack from both sides, but not wanting to be the one to initiate any violence.
He had not expected a knife, but when the man on the left began to draw one, dark bladed, Avilon moved in fast and hard. He grabbed the security man’s head, pulled it down, close in, like an embrace. Stepped in to trap the arm that reached for the knife against the wall. Swung round fast, so the hand pulling the blade free, scraped, bruisingly, over rough cement. He caught the wrist, twisting it back as he hooked the man’s feet out from under him. Then, the knife secured, finished forcing him down, the black blade pressed against the flesh of his neck.
It was over so quickly, the other security man barely moved, except to take a quick step back, spreading his hands in the universal gesture of ‘leave me alone and I’ll not fight’.
“Who the fuck are you?” he asked.
“My name is Vitos Ketzel and I wanted to speak to Tillsa,” Avilon explained, his tone polite.
The security man shook his head.
“Then you are only about twenty years too late. That’s at least how long this place been called Tillsa’s. Has been since I’ve known it. Could be longer. But no one called Tillsa here then and no one here called that now.”
So it was not the place he wanted to find.
“Thank you.”
Avilon released the man he held and stepped back. But even as he turned to leave he saw the man he just disarmed going for another weapon – half kneeling made it a safe bet it would be a ranged one. It was a bad place to start from, but at least the draw came slow. He turned faster and used a controlled kick, under the jaw, snapping the head back. The man fell away and an energy snub dropped from his unconscious fingers. Avilon scooped it up and stepped back again, looking questioningly at the more sensible of the two security guards. He shook his head.
“When your friend wakes up,” Avilon said, “tell him not to carry weapons he can’t use.”
Then he walked off, dropping the snub in a litter bin nearby. One of the conditions of his release was not to carry firearms.

From Trust A Few – book one in Haruspex, the second Fortune’s Fools trilogy by E.M. Swift-Hook – which is only 0.99 to buy for a limited period.