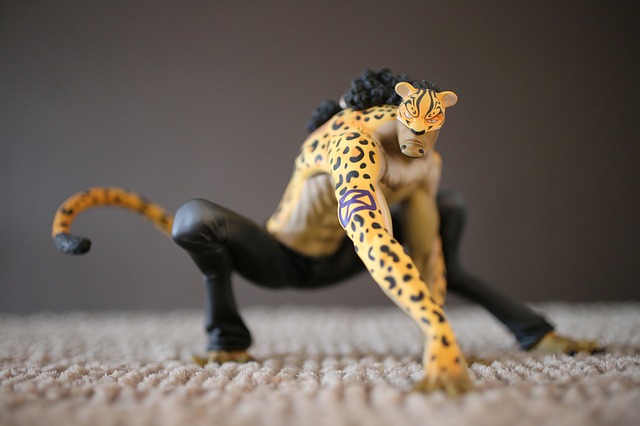 Brenda pouted and lifted the cream cake with tongs, before dropping it into a box.
“No, I meant that one. The one beside it. The one with the bigger cherry.”
Biting back a retort, she carefully returned the original cake to the display plate and picked up the one requested. There were days she thought she’d go insane if it weren’t for VRP.
End of the working day and she walked through the rain, half her attention on trying to avoid being splashed by passing cars or treading in too many puddles, but the rest already lost in anticipation of what was to come.
An ordinary looking house in an ordinary suburban street, Brenda slid her keycard into its lock and stepped inside.
“Hey Brenda? Who you doing this evening?”
Jake was getting changed, struggling a little to get into the skin-tight VRP suit. Getting her own suit out of her locker, Brenda thought for a moment.
“Fallon Stardasher,” she said decisively.
“Oh cool, I’ll go for Cyber Cheetah then – that’ll work well.”
A few minutes later, suited up, virtual reality headsets donned, the two set out to save the world – again.