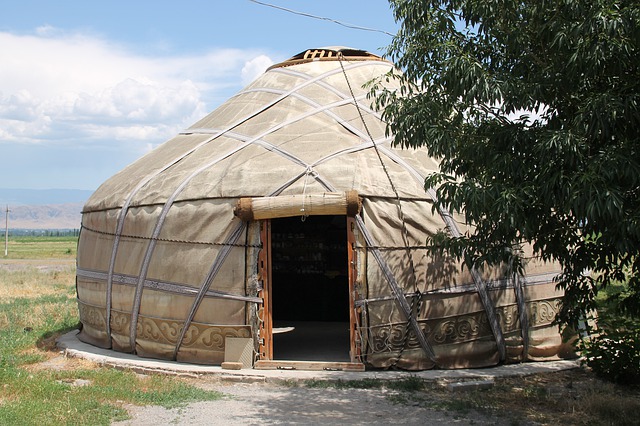 At Binti Hammam, the veiled ‘woman’ jumped lightly down from the litter and hurried into a big skin tent. Once inside, and with the robe and veil cast away it could be seen that she was certainly no lady, being a leanly-built brown-skinned man with untidily cropped whitish hair and a poorly stitched scar bisecting his left cheek.
‘Do we trust Hakim?’ he asked the very big plain-faced, sandy-haired man who had been officiating as negotiator. The man shrugged.
‘No as far as I could throw one of his camels. But when his spies see black ninjas he will at least think carefully before betraying us. Anyway. If I have this right in my head it won’t matter if he do.’
‘True. But that don’t mean I won’t hunt him down and slit his weasand if the little shit plays us false.’
‘Goes without saying. I’ll help. It would be a pleasant diversion.’
The blonde man laughed. ‘You, my friend are even worse than me!’
‘Can’t be. I’m only wanted in two countries.’
‘Yeah. But that’s more by luck than judgement.’
‘Possibly. My old mother used to say it was better to be born lucky than rich.’
‘This being the same old mother who said never leave dead enemies behind you?’
‘The very woman. But now I’m hungry. And thirsty. I’ll go see what I can rustle up.’
‘You do that’ the blonde man grinned at his departing back before moving through the tent to an inner ‘door’ where he poked his head around the leather flap.
‘You awake princess?’
‘Course I am’ came a crisp voice. ‘Come in.’
He bent his head and entered the next ‘room’. He bowed floridly to an elegant figure lounging in a hanging seat.
‘Mission accomplished ma’am.’
She laughed out loud. ‘Good. Come and sit down. Did it go as we expected?’
He eased himself to the ground in front of her. ‘Yes. Boris had a nice time intimidating Hakim and I sat in my litter like a perfect lady.’
She laughed delightedly ‘Oh, I wish I could have seen that, Gren. I’m sure you make a lovely lady.’ Then she sobered abruptly. ‘Will this work?’
‘Honestly? I don’t know. And I don’t like it a bit. But the little princess may be the only chance we have to locate the prince.’
‘Aye. She might. And I like it even less than you. She is only sixteen. But if we don’t find the prince, Alba will cease to be.’
‘It will. So we carry on.’
‘We do, but I just wish I liked him a bit more than I do.’
‘Whyn’t you like him?’
‘I don’t know precisely. No. That’s a cop out, I do know. He’s a golden boy. Handsome and born to rule. Very aware of his own importance. And absolutely sure he’s right in any given situation.’
‘Oh. I see. But he’s a symbol so we hafta find him even if he is a tit.’
She giggled. ‘We do, and we need his intended to help us. But, Gren, the girl is over young to carry such a weight on her shoulders.’
‘That’s as maybe. However, young isn’t necessarily soft. If I remember rightly, you were only fourteen when Ali Turk kidnapped you…’
She smiled into his eyes. ‘When you and five knights rode bravely to the rescue?’
He grinned back. ‘Yeah, then. When we arrived to find him dead and you just about up to your knees in blood.’
‘I hadn’t realised how much a man bleeds when you cut off his cock’ she said reflectively. ‘I was damned if I was being raped then married out of hand by that piece of excrement. Even so. I was dead meat if you hadn’t arrived when you did.’
‘No doubt. But your revenge on Ali has made more than a few ambitious young men a bit pensive when it comes to the old ‘rape the wench then marry her when she has a big belly’ ploy.’
‘It has. And that is pleasing. But what happened among Ali’s silken bed sheets, with his blood staining the virginal robe they had put me in for his delectation, was much more pleasing.’