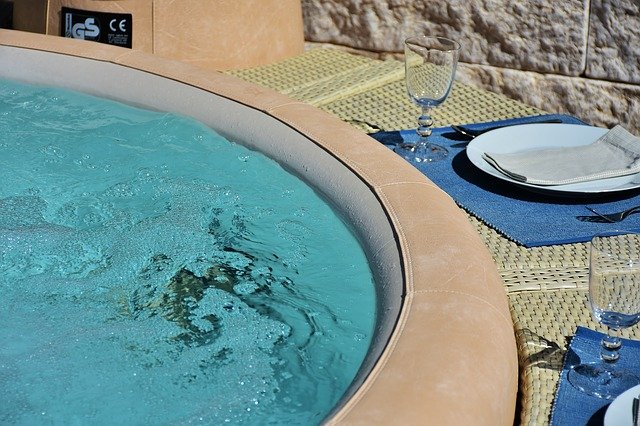 By this time we were rounding the corner to come face to face with Jackdaw Court. Paul Brown visibly recoiled.
“It’s smegging ugly isn’t it” I said conversationally.
“No comment. But if you think that…”
“It’s the tower.”
He must have seen the yearning in my face, as he sprinted to unlock the front door of the tower apartment, which gave access to a flagstoned lobby and a broad stairway that ran up the side of the stone-clad building to the base of the tower proper. We ascended in single file with me in front. When we reached a second locked door Paul passed me a key. I opened up to find myself in a large, light entrance hall.
“Bedroom level. Both are en suite.”
I looked into the first room to find a hardwood floor and white wooden shutters at the window. Nice. The en suite was a wet room with slate walls and floor.
“Master the other side of the hall.” This was bigger and with windows in two walls, but it had the same flooring and shutters. The en suite was a proper bathroom with whirlpool bath, and walk-in shower. Again the floor was slate, but the walls were white composite. I nodded once and preceded Paul up the stairs. This floor was almost entirely taken up with a kitchen cum diner cum family room. The kitchen bit looked fine to me, and the rest was more than fine. Up again we reached the sitting room, which had a big balcony on one side and a tiny roof garden the other. A final bonus was the spiral staircase to a mezzanine level study.
I stood in the middle of the sitting room and considered my options. “Okay” I said. “Take it off the market. I’ll pay the asking price if I can be in inside a month.”
Paul grinned and this time I steeled myself to shake his outstretched hand.
“Important. Part of the deal is that nobody else gets to come in here sniffing about. That would be a deal breaker.”
His smile was positively beatific.
“Whatever you say.”
“Besides which” I remarked as demurely as I was able “we wouldn’t want Ranjit or Ralph thinking about gazumping me, now would we?”
“We wouldn’t.” He bit the words off and I couldn’t help noticing how strong and white his teeth were.
Note to observant readers: I don’t like touching strangers, or having them touch me. I have more than a whiff of my great grandmother’s Sight, and it’s activated by touch. It can be uncomfortable to the point of stomach churning and I tend to stay away from it as much as I can. But. Back to business.
Surprisingly enough, the purchase of my tower went precisely to plan. Mister Paul wanted his commission, and he also wanted to be the first person to sell in a more than somewhat controversial development, so he made sure the developer moved with dispatch. I went to school with my solicitor and he’s kinda scared of me so he got a jiggle on. Plus, I guess, nobody could see any profit in wasting time.
I signed on the dotted line, had some additional security installed, and prepared to move in.

From Jackdaw Court by Jane Jago.