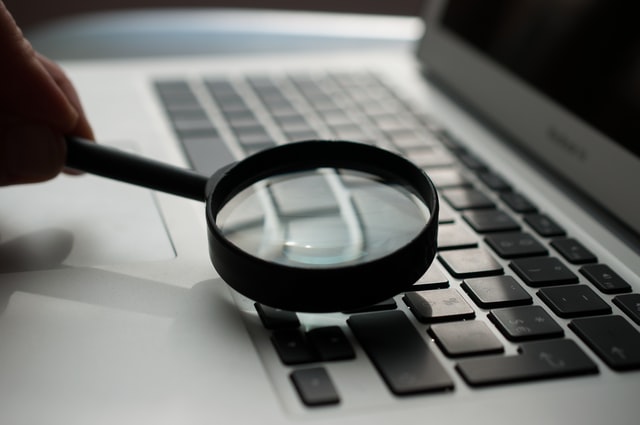 Dai pulled the man out of the computer chair. Njord might be big-boned but he clearly was not one to keep himself much in shape.
“The domina is asking you a polite question, Torkel. I am not quite so polite. I want to know how a virus that affects your security surveillance on two separate occasions could have got onto your system without you knowing about it.”
The blond man’s face had turned red as Dai’s grip tightened.
“I don’t know,” he gasped. “I told you. I didn’t even know it was a virus the first time. Even your people didn’t find that. I only found it after the second outage.”
Dai decided that as he was getting some degree of cooperation he could be generous and let go. Njord dropped back onto his chair again.
“So how could it happen?”
The blond man started pulling up information in streams that meant very little to Dai, but he could see Julia scanning it rapidly, her expression focused.
“Here,” Njord said and pushed a finger at a line of random numerals.
Dai tried to look as though he had some idea what it meant, but it was Julia who asked:
“So where is that? Have you a plan of the arena—a schematic to show where that is geographically?”
Dai saw the refusal form on the blond man’s lips.
“Torkel,” he cautioned, “I don’t need to remind you to be polite to the domina, do I?”
The blue eyes glared at him with hatred, but Njord pulled up a 3D schemata for the complex and stabbed his finger at a small flashing pixel on the lowest below-ground level.
“It’s there,” he said.
“What’s there?”
“Absolutely nothing. It’s a blank wall.”
“So someone uploaded this whilst standing in that corridor.” Dai pointed to two clearly marked cameras even he could identify as such. “If we have the recordings from these for that time we—”
“You misunderstand,” Njord said. “If I am right and this is the signal that did it, then it was not uploaded from somewhere beside the wall—it was uploaded from somewhere inside the wall.”

The tunnel was an old one, dating back to the days they had fed people to the lions in the arena for denying the godhood of the divine Diocletian. When that had ceased to be a crime during the Enlightenment, the menagerie had become a place for keeping all the exotic animals a lanista might desire to put on interesting displays. But the animal fights had finally been outlawed throughout the Empire, along with slavery and discrimination on grounds of race or gender, a few years before Dai had been born. At which point the menagerie became a place to take your children to see the animals. The only deliberate deaths you could expect to witness in the arena nowadays were the public executions of traitors and murderers.
There was a popular joke that made much of the fact it was easier to get yourself accused of treason than murder. Even if you killed someone in front of witnesses you could get away with your life. But the slightest hint you might be involved in any anti-Roman activities and you would be arrested, tried and executed within the week. That was the usual job of the men Decimus had allocated to work with Julia and Dai, uncovering and arresting potential anti-Roman agitators, and Dai found it gave him an uncomfortable feeling between his shoulder blades every time he turned his back on them.
But it was their technology and their brawn which first found and then broke into the tunnel behind the wall and tracked along it in one direction to a manhole cover on the edge of the arena’s playing field and in the other to the menagerie.
At the menagerie end, it finished in a solid metal door. Whilst the Praetorians sent out for the appropriate equipment to break through. Dai and Julia left them to it and headed to the menagerie overground.

From Dying to be Roman by Jane Jago and E.M. Swift-Hook a whodunit set in a modern day Britain where the Roman Empire still rules. You can listen to this on YouTube.