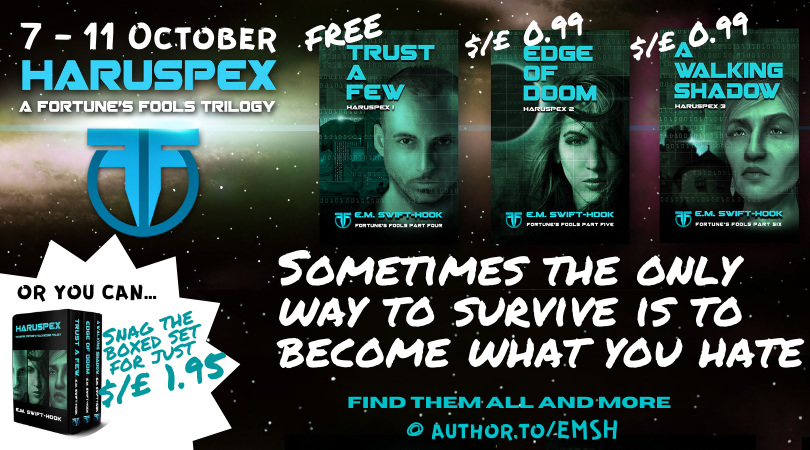 “You have no idea what you are letting yourself in for. How can you?”
Commodore Vane shook his head as he spoke, it was beyond understatement and beyond belief. The soldier’s green eyes were fixed on a point some distance behind the Commodore’s left shoulder. Their colour, so brilliant, Vane suspected genetic enhancement and their focus had been unwavering since he entered the room.
“I think I do, sir.”
He stood in a formal parade-ground stance, as ordered by the scowling Legionary Sergeant who had escorted him in and now lurked by the door. Vane had made a conscious choice not to relax him from the rigid posture. He never did with the conscripts. Vane glanced back at the remote screen he had called up, its contents invisible to anyone else. “Amnesia,” he read the word aloud and looked back at the soldier. “Total amnesia?”
“Total retrograde amnesia, sir,”
The Sergeant, a big, broad-shouldered man called Hynas, stood almost a head taller than his charge who was not much more than average height, and the ever-present scowl changed to a sneer at the words. Vane ignored him.
“And do you know why?”
“Due to an unknown trauma immediately prior to my arrest, sir.”
“Prior to, not during?” The way most of his men were brought in to begin their military career in his Legion it would not have surprised him in the slightest to find the injury had been inflicted at that point.
“Yes, sir.”
“I see.” Vane wondered if he truly did, the implications here were so disturbing. “You have no knowledge or memory of anything before your arrest?”
“None, sir.”
“And that means you have no direct knowledge or experience of what life is like outside the Legion?”
“No, sir. I do not.”
“Then how can you know you want to leave us, soldier?”
He noticed a slight hesitation then.
“I have no direct personal knowledge, sir, but I have researched a great deal about it.”
Which, he supposed, explained the hesitation. But the idea of researching the complexities of everyday life with zero experience of it, stretched his credulity. Vane tried to keep that disbelief from his voice. “Researched it?”
“Yes, sir. I have talked to other people in my unit and accessed information through the Lattice.”
Everyday life as filtered through the minds of violent criminals and a military tactical data provider. The Commodore shook his head but let the naivety pass. His job was to confirm that this man met the criteria required and was fit to be released. In fact, it had been made very clear to Vane he should do whatever was needed to speed the process and allow as little questioning as possible.
But this man was no ordinary ex-criminal. Once – and for many years – his name topped ‘most wanted’ lists throughout the Central worlds and the broader Coalition: the Protectorates and Independent worlds. In Vane’s circle, this man’s name used to be a household word for mindless destruction – the bogeyman of ultimate evil.
Avilon Revid.
Vane found it a curious experience to meet the man behind the myth, but it made the responsibility he now held a heavy one, weighing up all the factors to consider if Revid should be discharged. Revid might have a legal right to be considered for release, but that was not the same as having the right to be released. That decision ultimately lay with Vane and it was one he was not finding at all straight forward.
“Well, you passed your orientation course without any problem and have been declared no danger to civilians.”
No danger.
A bureaucratic joke even a military man such as the Commodore could appreciate. All the Special Legion were more than just dangerous. All serving a sentence for extremes of violent crime. A sentence that included enforced invasive surgery, implants, and drugs to enhance their capabilities.
The brutal training regimens and suicidal military missions were sweetened by the promise of freedom after five years spotless service – a promise almost never fulfilled. In the eight years he had spent co-opted as commander of the Special Legion, perhaps a dozen other men had stood before Vane for discharge approval. Of those, less than half walked out as free citizens. He was not willing to risk any of the monsters he commanded back onto the streets without a very high threshold of evidence to demonstrate they were indeed ‘no danger to civilians’.
Vane nursed no illusions about the fate of those conscripted to serve under him. For the vast majority, joining the Specials meant nothing more than a deferred death sentence. His troops served with an average life expectancy of just under two years. Most died very quickly, either on active service or were killed in the gruelling training. Others fell afoul of their own violent recreational activities or failed to sustain the psychological strength needed and committed suicide. Some died in brawls or were murdered by their comrades. Yet it remained a truism whenever a dirty job needed doing anywhere in the Coalition’s sphere of influence, the Specials were first on the ground, often ahead of the AI mechs. Vane took pride from that. He heard the troops did too.
Ironically, it meant, to be standing here, this soldier could only be the toughest kind: a man who could survive and even thrive in such an environment.

If you want to keep reading, Trust A Few by E.M. Swift-Hook is FREE to download until 10 May and you can pick up the other two books in the Haruspex Trilogy, Edge of Doom and A Walking Shadow for 0.99 each or snag the Entire Haruspex Boxed Set for just 1.95!