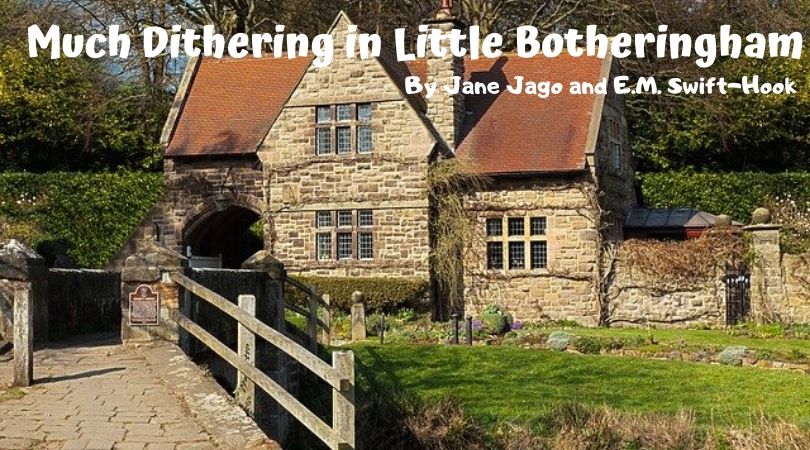 Em was out of sorts in her skin and she couldn’t seem to settle to anything, there was, she was sure, something she was missing. And she had the feeling it was going to be a costly oversight.
Erasmus landed on her shoulder.
“A pint of blood for them.” The voice in her head was mildly amused.
“I’m missing something, boyo. But I don’t know what it is.”
“If you knew what it was you wouldn’t be missing it.” The cold logicality of his small, bat brain was somehow comforting. “Let’s break it down.”
“Okay. Theoretically the bats are now safe from the machinations of the reverend. But I don’t feel as if they are. And then there’s the man himself. Or rather not-man. He’s an unregistered supernatural being. But I don’t know what.”
“He’s a were Emmeline. You only had to ask.”
Em felt as if martial music was being played in her head. “A werewolf on my patch. I don’t think so.”
“Em. He’s not a wolf. Nor a dog. Nor a cat. Nor anything that flies. I said he was a were. I didn’t say what sort of a were.”
“Well. Spit it out. What in the name of Azriel and all his dark angels is he?”
“I don’t know. Seems like nobody knows. The bell tower bats say he’s a rodent of some sort. But even that doesn’t feel right to me.”
“So. Doug Turner is a were. But we don’t know of what sort.”
“That’s about the size of it. Added to which I think he will make another move against the bat colony soon.”
“Do you really think so?”
“I do. He’s obsessed.”
Em frowned, but couldn’t argue with her friend’s logic.
“It’s a good job he’s being watched then. But. Do I tell the bishop or hang on until we know more?”
Erasmus dug his claws into her skin. “Tell him. Stop being pigheaded.”
Once Em nodded her assent, Erasmus dropped from her shoulder and with two strong beats of his wings he was back hanging from his beam.
“Get on with it, woman,” he said irritably before composing himself to wait.
Em sighed, but had to admit he was right. As usual. She stomped over to the phone with a heavy feeling in her stomach. She pretended to look for the number in the pink leather book Agnes had presented her with one Christmas, but in the end Erasmus’ eyes boring into her back galvanised her into action.
“Okay. Okay. I’m doing it. Right now.”
She dialled the digits she knew perfectly well – rather hoping nobody would answer. But the receiver was picked up on the second ring. Immediately Em knew it was the bishop himself and cursed inwardly.
“Emmeline.” His voice was as mellifluous as ever, but Em detected a thread of strain under the bonhomie. “Do you have some news for me?”
“I do. Though you are probably not going to like it.”
“Try me.”
“Doug Turner is a were.”
“Are you sure?”
“Erasmus is. But before you ask we don’t know what his animal is.”
“So you could have an unregistered werewolf in your village.”
“Seemingly not. I’m told he isn’t a wolf, a dog, a cat, nor anything that flies. Otherwise? Your guess is as good as mine.”
The bishop actually groaned. “I had a bad reaction to that young man when he was brought to my notice. But I put it down to not liking smooth operators. Now I am told that my instinct was right and I should not have ignored it. How irritating…” He went quiet for a moment, and Em could all but hear the cogs whirring in his brain. “We can do nothing today. But I will book a call with the archbishop for as early as possible in the morning. And when I have spoken to him I will come along and deal with your vicar personally. In the meantime, please keep away from him.”
“I’m having him watched, as you know. From a discreet distance. But we could have an immediate problem. I can’t guarantee we’ll keep away if he goes after the bats.”
“Surely he can’t be that monumentally stupid.”
“Erasmus thinks he can.”
“In that case deal as you see fit. You will have the backing of the diocese.”
He ended the call and Em sat down hard on the nearest chair.
“The bishop will be here tomorrow. Which should be a relief. Except…”
Erasmus regarded her through one beady eye. “Except that we both know something is going to happen tonight.”
“I was rather hoping you wouldn’t say that.”
He didn’t bother to answer her.
While she was wondering what to do, the phone rang. It was Agnes.
“We may have a problem here.”

Part 12 of Much Dithering in Little Botheringham by Jane Jago and E.M. Swift-Hook, will be here next week.