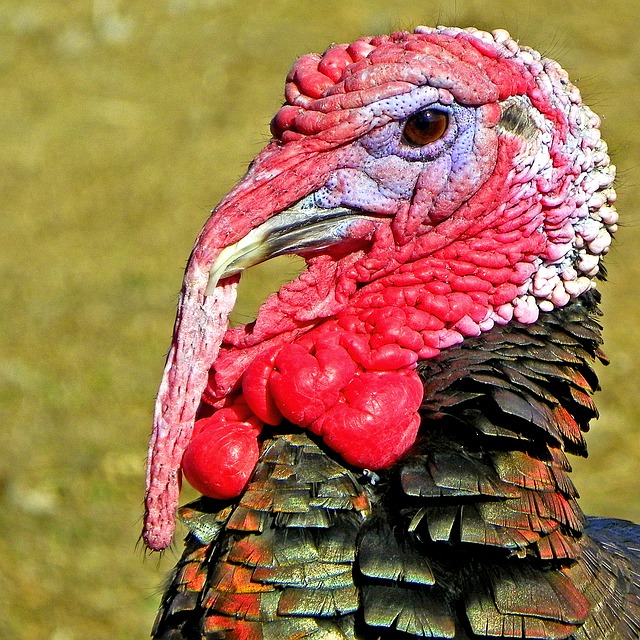 “I’m tired of trying to see the good in people.” Clarence stalked around the pen with his wattles waving distractedly. You get fond of people and they just go away and leave you. Last week there were five thousand turkeys in the barns. Yesterday there were five hundred. Today there is just me.”
The only other occupants of the fifteen-acre field eyed him in something like contempt. “Didn’t the same happen last year?” Gloria asked waspishly.
Clarence stopped and looked down at the fat little chicken and her sister.
“Did it?”
“Yes, Clarence, it did.” In contrast to Gloria’s waspishness, Florence just sounded tired. “And the year before.”
He looked puzzled.
“I don’t remember.”
“No you never remember. But it’s always the same. From now until the winters end it will be just the three of us. Then there will be baby turkeys. Then they will grow up. Then they will go away.”
“But why. Where do they go.”
Gloria came as close to a shrug as a chicken can.
“We should know…”

The two humans who sat on the fence looked at the trio with some amusement.
“Have you never wondered what they think?” the man was feeling whimsical.
“Does poultry think,” his companion leaned on his shoulder.
“Presumably. On some level they must. Ergo, do they wonder where the rest of the turkeys go?”
“You may as well ask if that turkey cock wonders why he is still alive.”
“He might not wonder, but I do.”
“He was a mistake. We only sell hen birds. And the hatcheries aren’t supposed to send anything else. But three years ago he arrived with the girls. Dad thought it would be interesting to keep him and see just how big a turkey can get. But he pined on his own, so we got him the chickens for company.”
“How compassionate.”
“It’s no good you looking at me like that, and at least our birds have a decent life.”
“What there is of it.”
The woman lifted a pettish shoulder and they fell silent.

No more was said until the turkey cock stalked across the field to where they sat.
“Poor old boy,” the man said. “I wouldn’t like it if somebody took you away and replaced you with a chimpanze.”
His companion laughed and moved into his embrace.

Clarence peered shortsightedly up at them.
“Excuse me,” he said politely. “Can you tell me where my chums have gone? The chickens are very nice, but a chap wants his own kind, doncha know.”
But they all they heard was gobble gobble, and the women threw him a handful of grain from her pocket.
He ignored the corn. “I don’t mean to be impolite, but I did ask you an important question.”
Of course they didn’t answer, and in the end he gave a doleful sniff and went to back to where Gloria and Florence were scratching in the dirt and squabbling over earthworms.